An Outing to Gadsden, Alabama

It's been a hectic week since we rushed home to bury our father.  With all the emotional exhaustion compounded by the persistent jet lag, yesterday was a good day to temporarily forget handling any of the post-death details and get mom out of the house for a drive down to Gadsden, Alabama.

Even after traveling the world, the countryscape of northeastern Alabama is still one of the most beautiful and peaceful places we know.  The rolling hills, naked wintry trees, mountain streams, cows grazing, and rolls of hay is an American sight that we have missed.

We doubt Gadsden is on anyone's travel destinations, but if you happen upon it, you'll want to stroll down this very well-preserved, old-timey American downtown that looks like a flashback from half a century ago...


...In our US travels, we've come across many "Main Street USAs" with these older storefronts, but few are as thriving as the downtown in Gadsden.  Unfortunately, most seem to be rundown and vacant where businesses have moved to more modern suburban strip malls.  However, Gadsden seems to have figured out how to keep "Main Street" filled with restaurants, shops, bookstores, and local businesses. 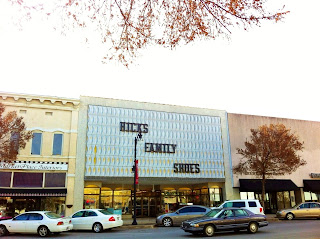 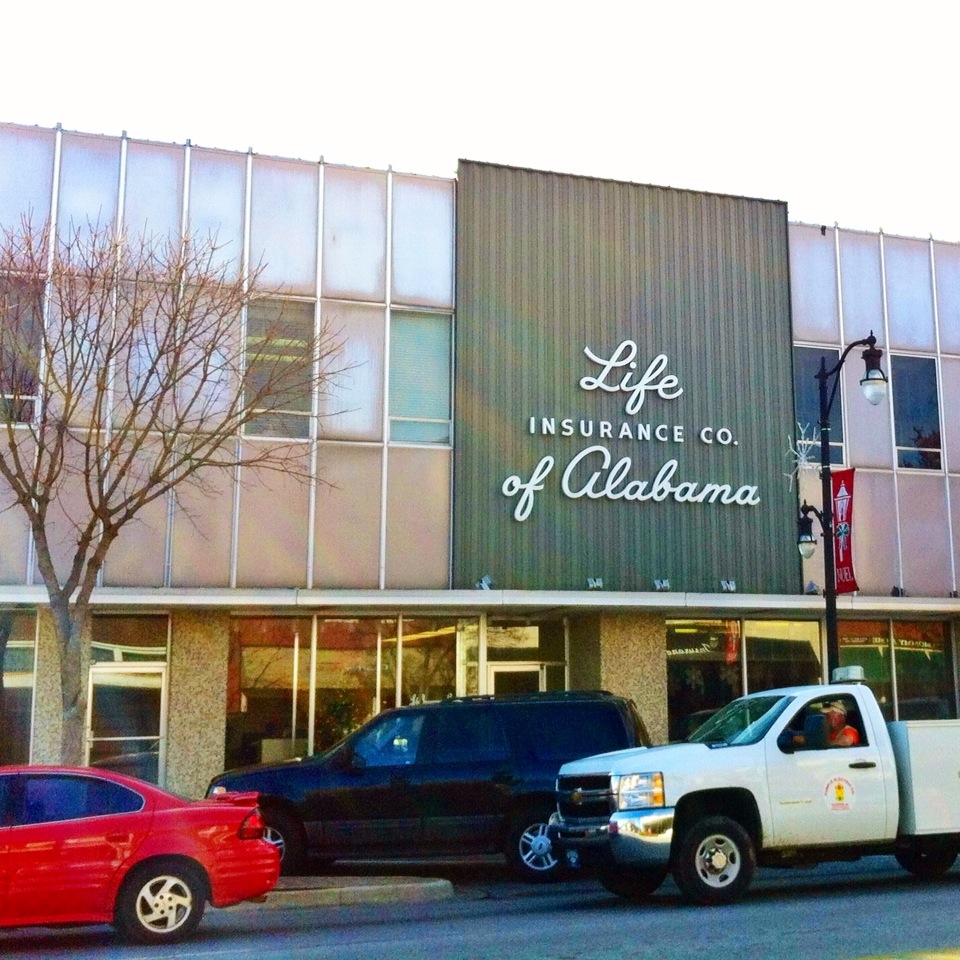 We also visited Wright Dairy in Alexandria, south of Gadsden, to pick up a gallon of real traditionally-made buttermilk.  On our travels, we acquired a taste for Ayran, a drinkable yogurt in Turkey served ice cold with a dash of salt and mint.  Surprisingly, it was the perfect refreshment to ward off the heat and hoped we would find something similar when we got back to the States.  Mike suggested drinking buttermilk, a Southern staple, as he had when he was growing up.  We discovered that the buttermilk sold in grocery stores nowadays are not made the old-fashioned way as a byproduct from churned butter.  The commercially available buttermilk is made from regular milk cultured to taste sour.  It's not the same.  So, our quest to find traditionally-made buttermilk led us to Wright Dairy.  We did a side-by-side taste test between the grocery store buttermilk versus the "real" buttermilk.  We liked both of them for different reasons, but we think we prefer Wright Dairy's old-fashioned buttermilk for its creaminess and subtle sourness. 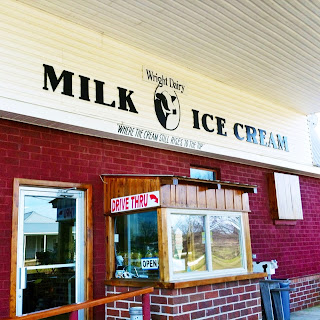 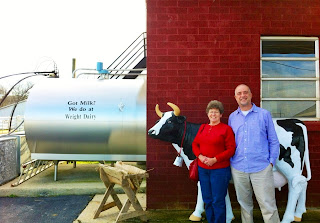 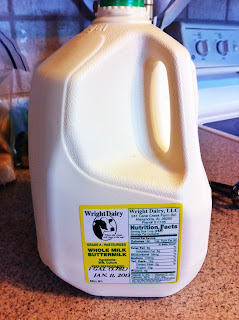 A trip to Gadsden wouldn't be complete without a trip to Academy Sports and Outdoors store to peruse through the large inventory of Alabama Crimson Tide gear and accessories (and a few Auburn Tigers wear as well).  We loved the huge advertisement that said, "All Academy Sports in Alabama will be open early the day after Alabama wins the national championship game!"  The confidence that Alabama exudes against the Fighting Irish on January 7th is overwhelming. 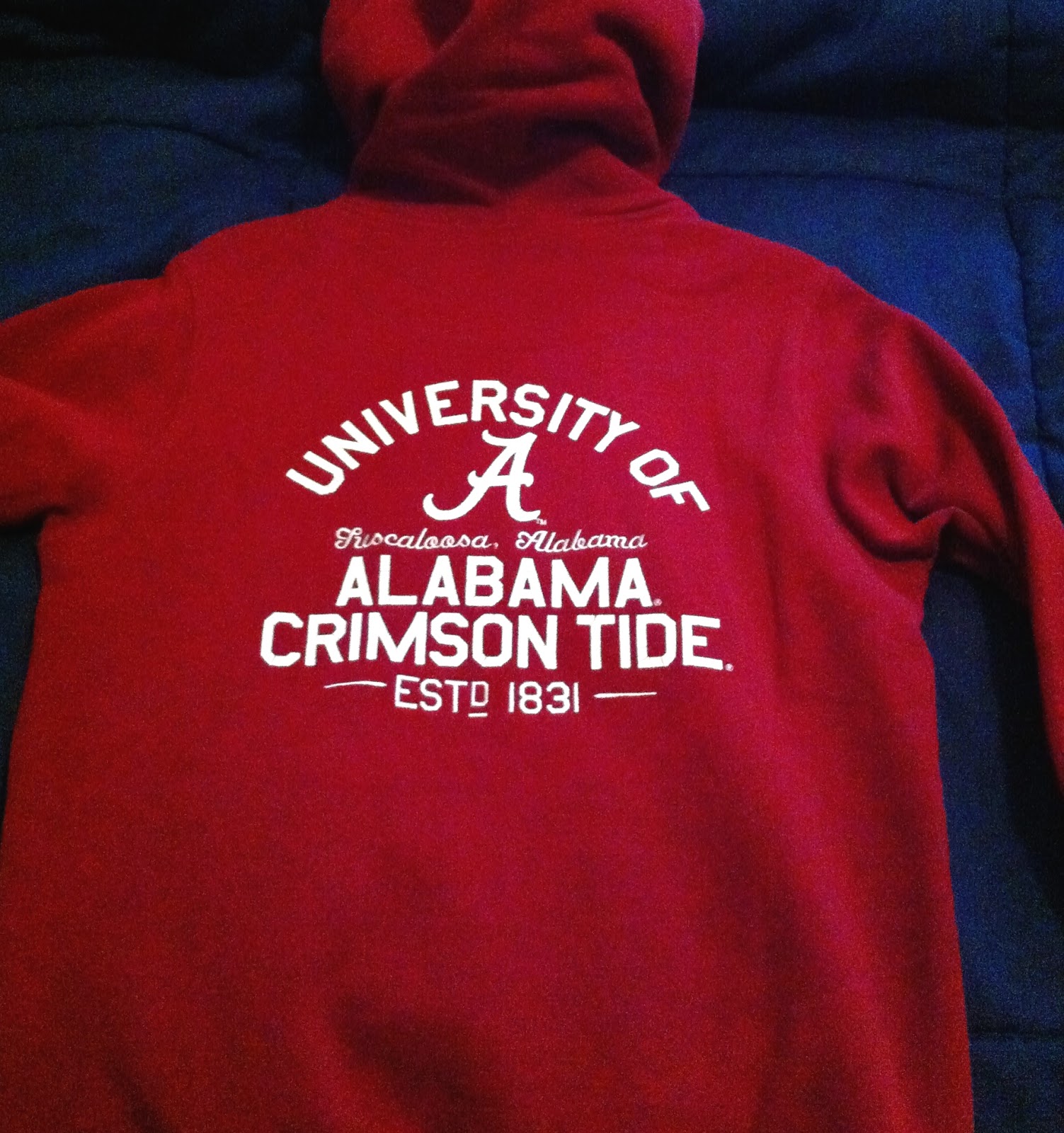